Does the Qur’ān make a mistake on where semen or sperm is produced? 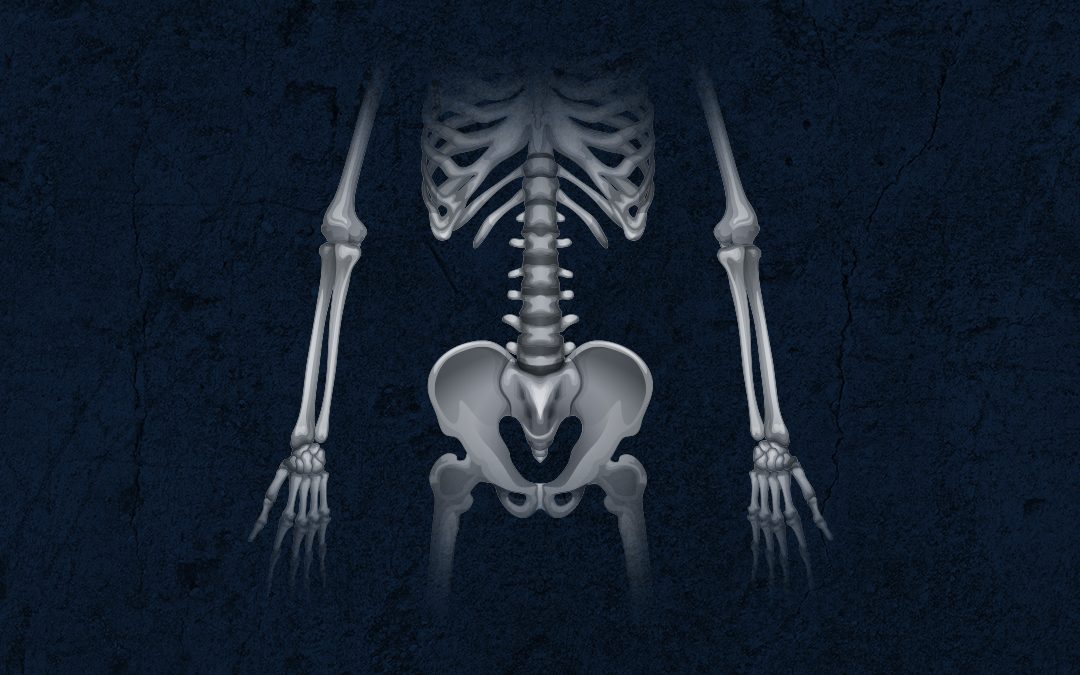 “Man should reflect on what he was created from. He is created from spurting fluid, emerging from between the backbone and ribs.” The Qur’ān, Chapter 86, Verse 5 to 7

A common objection against the above Qur’ānic verses states:

“Science has proven that semen or sperm isn’t produced between the backbone and rib cage; so, the Qur’ān contradicts science.”

The objective of the article is to show that there are at least three valid interpretations of this verse that do not contradict established science or do contain any scientific error.

Before the three interpretations are summarised and explained, it is important to provide the classical Arabic meanings for the relevant words in the verses:

The three opinions this article will discuss are as follows:

A version of the above objection is misplaced. The Qur’ān does not refer to sperm, or a word that is closer to the meaning of sperm, it mentions water or fluid. Nuṭfat (نُّطْفَة) is not used, which refers to a small drop of fluid.6 The Qur’ān uses the word mā’a (مَآء) which means fluid or water.7 So this version of the objection is misplaced. Even if it did refer to sperm, it would still not be inaccurate. As will be discussed below, the term Al-Ṣulb also means loins. And the testes are between the loins and the ribs (Al-Tarāib). The loins is the area where one puts on their underwear. The testicles are between the loins and the ribs. 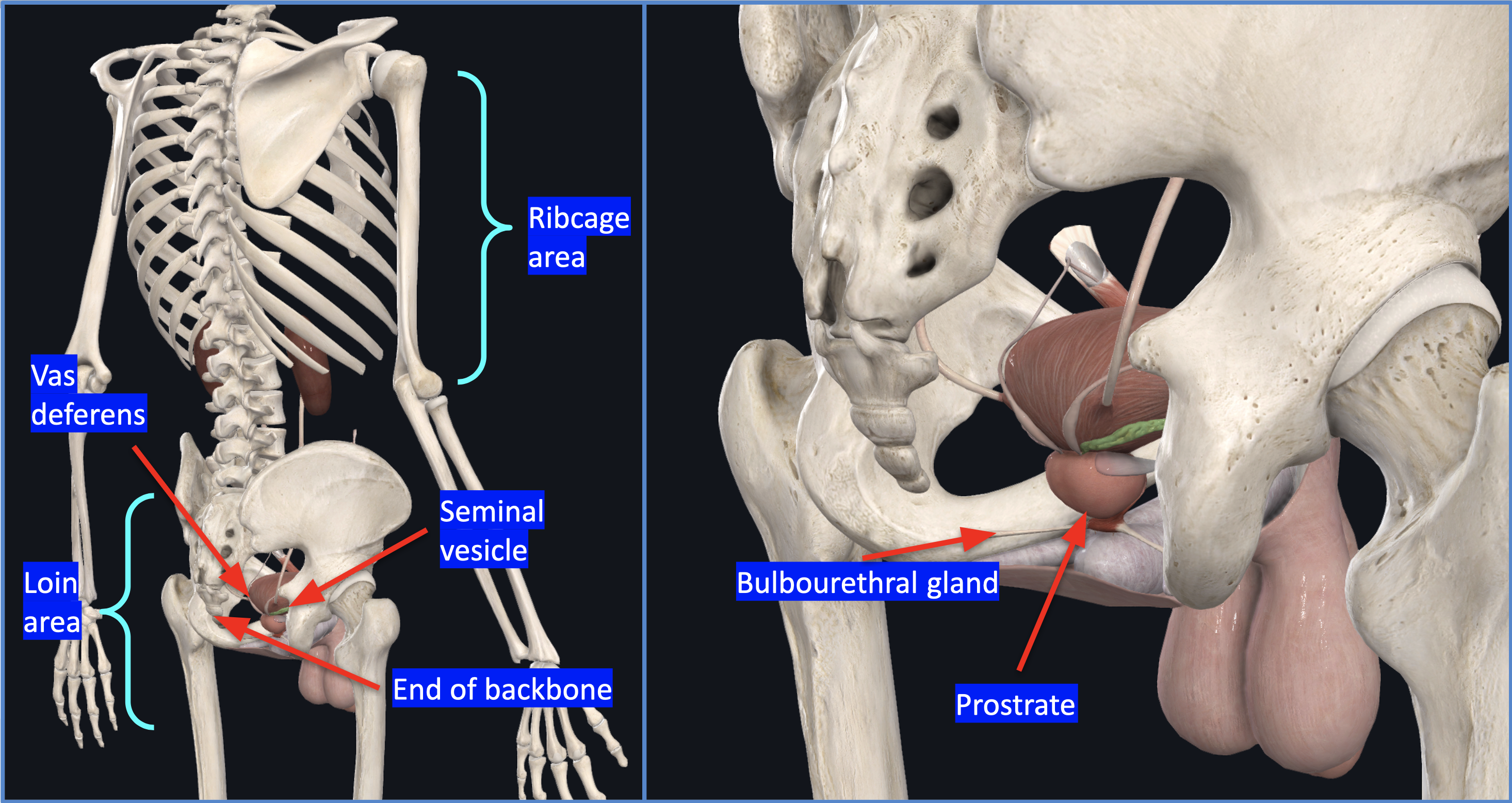 The second opinion refers to the baby coming out from the womb, which is between the backbone or loins and the ribs. This view has classical precedence. Al-Qurtubi and Ibn ‘Atiyya both mention this opinion in their exegetical work.9 This opinion is one of the most compelling answers to this objection, because it takes into consideration the thematic context of the verses in question. This involves the linguistic and semantic context of the entire chapter. Muhammad Abdel-Haleem is the King Fahad Professor of Islamic Studies at SOAS, the editor of the Journal of Quranic Studies, and one of the world’s experts on the Qur’ān. Abdel-Haleem provides a thorough exposition of the 86th chapter of the Qur’ān, Surah Al-Tariq, which includes the aforementioned verses.

To properly understand chapter 86 of the Qur’ān, a person must recognise the unifying theme that runs through the entire chapter. This theme is of the resurrection.10 All the verses in this chapter are directly related to this theme. Once the theme is recognised, another feature must be considered. Surah Al-Tariq is very short and was revealed during the early Meccan period of revelation. As is common with the general characteristic of early Meccan chapters, Al-Tariq exhibits conciseness. Abdel-Haleem renders Q86: 5-7 as follows:

“Man should reflect on what he was created from. He is created from spurting fluid, then he emerges from between the backbone and breastbone”.11

The shift from verse 6 that describes sperm to verse 7 that describes the baby being born may seem too instant and sudden. However, Abdul-Haleem points out that such instant transitions are no surprise, given how “condensed” the chapter is. The Qur’ān has already mentioned longer, more elaborate, verses on the formation of the embryo in earlier chapters.12 For readers familiar with the Qur’ān, they will notice the implied reference to these prior longer verses easily.

There are three clear reasons why verse 7 does not refer to semen, but instead refers to a baby being born:

Firstly, the term for ‘emerging’ in the verse is Yakhruj. The Qur’ān uses this term in other verses to refer to the emergence of life in plants from soil, of babies from wombs, of humans from graves.13 Following the Qur’ānic linguistic style, the term Yakhruj in chapter 86 can also indicate the emergence of life. The Qur’ān consistently distinguishes the living human from watery semen; so, the term here refers to a living human and not watery semen.

In the Arabic-English Dictionary of Qur’anic Usage, under the triliteral root khā rā jīm (خ ر ج), the word Yakhruj has the following meanings:

The word Yakhruj in the Qur’ānic context is mentioned 53 times. Many uses of the word are in the context of emerging or rising from a grave or the earth (Q30:25), to grow out from or to spring from (Q23:20), and to issue from something (Q86:7), and to go out, to exit, to go forth or to leave (Q5:22). Q30:25 relates to the theme of resurrection, like Surah Al-Tariq. Q23:20 refers to a tree growing out of a mountain; interestingly a baby grows in a mothers womb and comes out as a newborn baby. Q5:22 refers to people leaving a land; again, the baby can be described as leaving the womb, travelling from the womb into the outside world.

Secondly, the imagery of a baby being born fits perfectly with the theme of chapter Al-Tariq, which is that of Resurrection. The birth of a human presents important imagery in this chapter that discusses life, death, and a final return to life again. If verse 7 refers to semen, there is a loss in vital imagery that leads to an overall decrease in the artistic and aesthetic power of the chapter.

Thirdly, verse 8 states: “God is certainly able to bring him back to life”. The parallel of the birth of man in verse 7 and the re-birth of man in verse 8 is perfectly aligned, in both theme and conciseness.15 It can be added that if verse 7 refers to sperm, then verse 8 should also refer to sperm, but this can be perceived as diminishing the meaning as well as the eloquence of the verses.

At this point, a pertinent contention can be raised. If the Qur’ānic diction and thematic unity of Al-Tariq show that verse 7 refers to a human not to sperm or semen, then why did many Muslim scholars explain the verse as referring to sperm and not to humans? Abdel-Haleem provides the answer. These scholars rendered or understood the verse this way, because they applied a grammar rule in their reading of the verse. The grammar rule is that “the pronoun refers to the closest preceding noun”.16 Although the application of this rule in this context is not invalid, and there may be possible reconciliations with the meaning and modern science on the emergence of the male sexual fluid, it is not necessarily the case that this rule can be applied to Q68:7.

Majd b. Ahmad Makki, the renowned Qur’ānic scholar, held the same view in his own exegesis. Commenting on Q86:6-7, Makki says the verse refers to the “emergence of a human from the womb of his mother”.18 This view, of course, does not contradict science at all.

It is necessary that such questions as the one posed should be placed in the wider discourse of the relation of the Qur’ān to Science. When the question is framed with this discourse as its background, the issue of Al-Tariq becomes more clear and less confusing.  Ahmad Dallal, in his magisterial monograph on the subject, has explicated the relationship between the Qur’ān and Science amongst Muslim scholars. Dallal points to Al-Bīrūnī, the famous polymath. Al-Bīrūnī compared and contrasted the natural sciences amongst the Muslims of his time, and the natural sciences amongst the Indians. For Al-Bīrūnī, the natural sciences developed in different trajectories for Muslims than for Indians. The reason for this has to do with the differences in religious books.

Al-Bīrūnī emphasises that the Qur’ān is silent on issues of science. For that reason, the natural sciences flourished in the Muslim World due to there being no inherent tension between revelation and science. In contrast, Al-Bīrūnī notes, the Indian World held onto religious texts that included specific and detailed descriptions of the natural world. The natural sciences flourished in India but only by Indian scientists having to engage in complex and tortuous reasoning in order to harmonise the results of empirical science with the description of the physical universe that their religious books promote.

Al-Bīrūnī is quite candid and clear on this matter. Indian scholars conflated religious and scientific knowledge together, which led to the natural sciences being held back. The Muslims, Al-Bīrūnī says, kept religious and scientific knowledge separate, which is why the Qur’ān and science had a respectful distance between them. None of them impinged on the other’s domain. Ahmad Dallal remarks that Al-Bīrūnī’s view is very close to that of the Qur’ānic attitude itself regarding science.19

If we adopt Al-Bīrūnī’s position, the issue of Al-Tariq becomes very simple. The entire chapter is focused on conveying the religious theme of Resurrection; the chapter is not aimed to convey knowledge of embryology or the like. Based on linguistic and Qur’ānic considerations, a valid interpretation of Q.86:7 is that it refers to humans being born. This fits perfectly with the theme of the chapter; thus, the verse refers to humans emerging from wombs, not semen emerging between skeletal structures.

The third opinion is that Al-Sulb is a linguistic indicator (kināyah) for the man. Al-Tarāib is a linguistic indicator for the woman. Al-Mātūrīdi, a classical scholar and theologian, mentions that the scholars have differences of opinion regarding Q.86:7. He records that Abu Bakr Al-Aṣam held that ‘backbone’ (ṣulb) is an allusion to the male, while ‘breastbone’ (tarāib) is an allusion to the female. Thus, {backbone} is a name for men, while ‘breastbone’ is a name for women. This is further strengthened by Quranic usage, as in Q.4:23 which states, “wives of your begotten sons”. In Arabic transliteration, the verse is rendered: wā ḥalāilu abnāikum al-lathīna min aṣlābikum. Al-Mātūrīdi says the word aṣlābikum in Q.4:23, which is the same as ‘ṣulb’ in Q.86:7, refers to males.20

This view can refer to when the male ejaculates, and this literally occurs between the male and the female during sexual intercourse. This is not at odds with science.

6 Its triliteral root is nūn ṭā fā (ن ط ف). It can refer to a drop of water, semen and sperm. See Arabic-English Dictionary of Qur’anic Usage, p. 946.

7  Its triliteral root is mīm wāw hā (م و ه) and it can mean water, fluid, or semen in the context of instances of its Qur’anic usage.  See Arabic-English Dictionary of Qur’anic Usage, p. 907. Although it can also mean sperm, in the context of accuracy the closest word is nuṭfat (نُّطْفَة). Notwithstanding, the word māa (مَآء) is closer to the meaning of water or fluid.