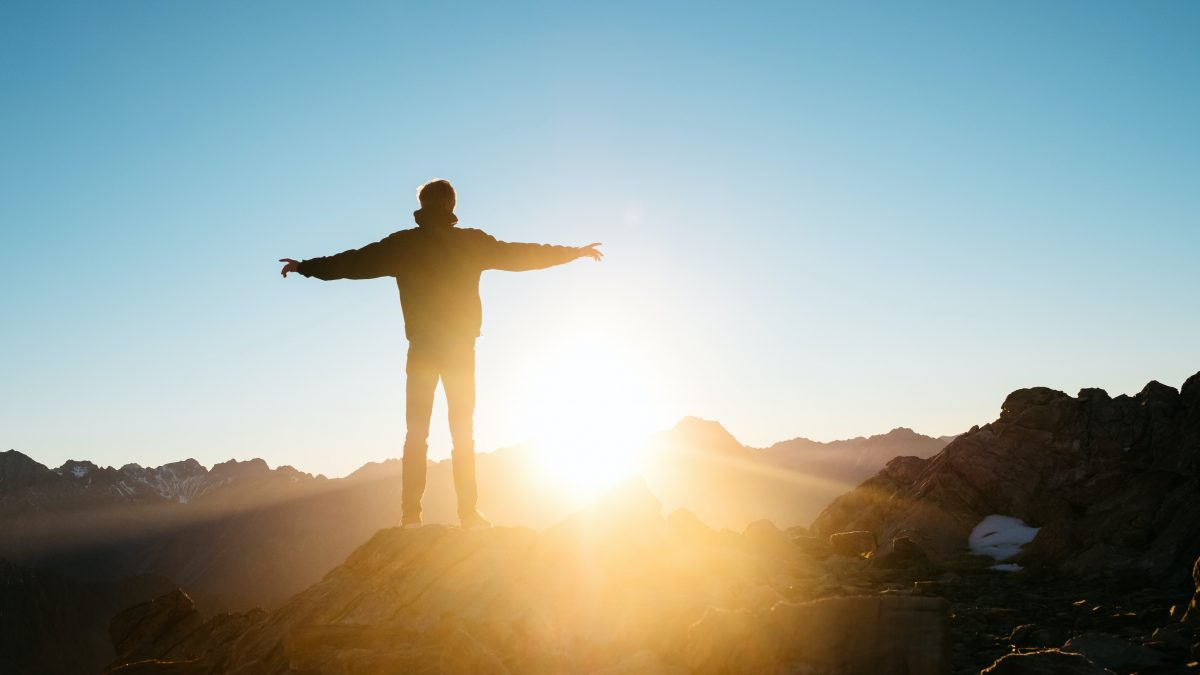 This essay philosophically unpacks the idea of freedom. It argues that freedom is the absence of coercion, and the absence of coercion is when one's rights are not being violated. This implies that if something curtails freedom, one must ask what rights are being violated, which raises the fundamental question  of what conception of rights are true or most coherent. If the Islamic tradition grants rights to individuals and groups, then the accusation that it restricts freedom, is misplaced.

Everyone wants to be free and our desire for freedom is what makes us human. The word freedom is obviously powerful and is often used in many contexts. When referring to morality, common expressions, such as, “I’m free to do what I want as long as I don’t harm anyone”, are used. In the political domain, freedom is used as a marker for a civilised nation; repressive regimes are not associated with the word. Our intuitions tell us that freedom is our birth right, it is something good and, if necessary, it should be fought for. In our secular age, the word freedom is also used as a challenge to religion, particularly Islam. The religion is perceived to restrict freedom; it is “backwards”, “undemocratic”, “medieval” and must be reformed.

However, what does freedom actually mean? Notwithstanding our common usage, political slogans and personal feelings, and taking into consideration the real world consequences of the word, we need to unpack the idea of freedom and analyse it philosophically. This will help us respond to the accusation that Islam curtails freedom. Before I respond, it is important to note that this essay will not attempt to unravel misrepresentations of Islamic law, refute misconceptions about God’s commands, or clarify misunderstandings of specific aspects of Islam—all of which are referenced to justify the view that Islam restricts freedom. This essay will take an analytical approach to the idea of freedom and show how freedom can only be understood through a particular conceptual prism.

The coherent and uncontroversial definitions of freedom are centred on the absence of coercion. Therefore, in order to respond to the accusation that Islam restricts freedom, the notion of coercion needs to be understood. The empirical theories define coercion in the following way: a person has no other reasonable alternative or choice but to act in accordance with what another person (or entity) has asked for.1 According to non-empirical2 theories of coercion, the person may have no other reasonable option but still remains uncoerced.3

The late Harvard University professor, Robert Nozick argued for a non-empirical account of coercion. Nozick was concerned with the notion of whether a person’s actions are voluntary in the context of facing “severely limited options”.4 To apprehend whether a person’s actions are coerced an understanding of “what limits his alternatives” is required.5 For example, if the limiting factor is an act of nature, then the person’s actions are not coerced. Take into consideration a person who decides to go for a walk. Along his journey he faces a fork in the road. He wants to continue his journey in the direction to his left. However, someone calls his mobile phone to inform him that towards the direction he wants to take is a tornado that, if faced, can be life threatening. Consequently he has no other option other than to turn back. Nozick argued that someone is coerced to do something if it is based on other people’s actions “placing limits on one’s available opportunities”.6 Other people’s actions would be deemed coercive if they did not have the right to act in a particular way.7

Nozick developed an intelligent argument to illustrate that if people have acted in accordance with their rights, and their actions still happen to limit another person’s alternatives (or makes their alternative options unreasonable or undesirable), their actions are not coercive. He articulated his argument in the following way:

There are 26 men and 26 women who are seeking spouses. Both sex groups are ranked. One group has been ranked A to Z, the other A’ to Z’. The ranking is based on their marital appeal. A and A’ decide to marry each other. However, B has also considered A’ as the person they would most like to marry. Given that A’ is now married, B marries B’. The action of A has obviously limited their alternatives, but since there is another person they still would consider in marriage, their actions are not coerced, or in Nozick’s terminology, “not made involuntary”.8 Eventually this concludes with Z and Z’ marrying. Z and Z’ have no other alternative other than to marry each other, but their marriage is still voluntary; no coercion has taken place,

“The fact that their only other alternative is (in their view) much worse, and the fact that others chose to exercise their rights in certain ways, thereby shaping the external environment of options in which Z and Z’ choose, does not mean they did not marry voluntarily.”9

Nozick maintained that since the other people have made decisions based on their right to choose whom they wish to marry, and there were no violations of anyone’s rights, Z and Z’ have not been coerced,

Political philosopher Serena Olsaretti disagreed with Nozick. She argued for an empirical conception of coercion. She postulated that when a person has no other reasonable choice, their freedom is curtailed. Olsaretti objected to Nozick’s argument by arguing that he misrepresented the issue about Z and Z’ choices. She maintained that Z and Z’ were uncoerced in choosing to get married and argued that this is not the problem that needs to be addressed. Rather, the issue at hand is whether Z married Z’ free of coercion,

Olsaretti altered Nozick’s thought experiment to include that not getting married would lead to unreasonable and negative alternatives such as “strong social ostracism attached to being unmarried”.12 We could worsen the scenario by imagining that not getting married would lead to death. Olsaretti maintained that in such a scenario the choice of opting out is not possible, therefore Nozick’s view that there is no coercion as long as everyone has acted in accordance with their rights, is untenable.13

Political philosopher Alan Wertheimer argued against the empirical account of coercion by stating that the outcome of a choice proposal is based on the context. The concern that the possible alternatives of a particular proposal are unreasonable, is irrelevant. What matters is whether or not the proposal is an infringement of one’s rights. For example, consider a patient has to undergo a life-saving operation. The medical staff propose that the patient has to undergo surgery to ensure their survival. In order for the surgery to happen the patient has to sign a consent form. In this context, the patient has no other option other than to sign the form. The consequences of not doing so would lead to an untenable situation; death. Under the empirical account, the patient is coerced to sign the consent form and undergo surgery because the alternative option is undesirable. However, when this scenario is considered under the rights based approach the problem is solved. Even though the patient has no other reasonable option other than to sign the consent form, he still does so without coercion. If the surgeon were to operate without consent then that would be tantamount to physical assault or abuse. From this example, and many similar ones, we see that it is not as simple to say that someone has been coerced if the alternatives to a proposal are unreasonable. Coercion is about the violation of rights.

Freedom is about rights

In light of the above discussion, what is significant about the notion of coercion is our conception of rights. Take into consideration two distinct conceptions of rights: negative and positive. Negative rights “do not impose an obligation on others to provide you with something”14 and they are restricted to “life, liberty, and property”.15 Positive rights entail that people should be “provided with certain things”.16 This implies that people have obligations to each other. These obligations do not only involve not interfering with other people’s rights, but ensures “that one gets whatever one has the rights to”.17 An example of positive rights include the right to basic support to ensure the essential needs of food, shelter and clothing.

Those that advocate for negative rights, like the libertarians, make the claim that there cannot be any positive rights. They argue that positive rights curtail freedom due to their obligation or imposition on people to facilitate others people’s rights. Their reasoning is based on the view that freedom is the absence of coercion. However, the notion of coercion for the libertarian is based on the rights that people have,

1. Freedom is the absence of coercion

2. The absence of coercion is when rights are not violated

3. Therefore, freedom is when rights are not violated

The libertarian conception of freedom is when there is an absence of coercion and coercion is when rights have been violated. This presupposes the negative view, which means that the premises of the libertarian’s argument require as much justification as the conclusion, committing the fallacy of circulus in probando (circular reasoning).

4. The negative view is the correct view on rights

Conversely, if someone adopts a positive view of rights and since freedom is when rights are not violated, the positive view can never be seen as a restriction of freedom. Therefore, those that advocate a positive conception of rights, like the socialists, also face the same problem. Since coercion is the violation of one’s rights, they cannot claim the libertarian view of rights curtails freedom, without justifying their view first,

4’. The positive view is the correct view on rights

Again, in light of 2 and 3, 4’ and 5’ form the circular argument. The argument here presumes the positive view. Since 1 maintains that freedom is the absence of coercion, and 2 postulates that coercion is when rights are violated, 4’ and 5’ form a circular argument because the positive view has to be justified before it can be claimed to protect someone’s freedom. In summary, the negative and positive views on rights (by extension, any conception of rights) require justification before anything can be said about protecting someone’s freedom.

The simple conclusion so far is that freedom is not necessarily about choice, it is about rights.

“Indeed, We have honoured the children of Adam.”18

According to the Islamic intellectual tradition God’s existence is a self-evident truth, that can also be affirmed through rational investigation, and it God who grants us rights. These rights are correct because they come from the One who is maximally perfect. God has the totality of knowledge and wisdom—God has the picture, we just have a pixel—and is the source of goodness and is perfectly just.

“He is the source of all goodness.”19

To unpack this however requires a separate discussion. Notwithstanding, the argument presented in this essay has shown that one cannot claim Islam restricts freedom without presupposing a particular conception of rights. Merely assuming their truth commits the fallacy of circular reasoning. The one who has made the claim must be able to show why their conception of rights is true.

2 I  have used the term non-empirical to denote conceptions of coercion different from the empirical accounts of coercion.

15 Bans Parkan. “On Multinational Corporations and the Provision of Positive Rights.” Journal of Business Ethics 85 (2009): 76.

16 Andrew Melnyk. “Is There a Formal Argument against Positive Rights?” Philosophical Studies: An International Journal for Philosophy in the Analytic Tradition 55, no. 2 (1989): 205.