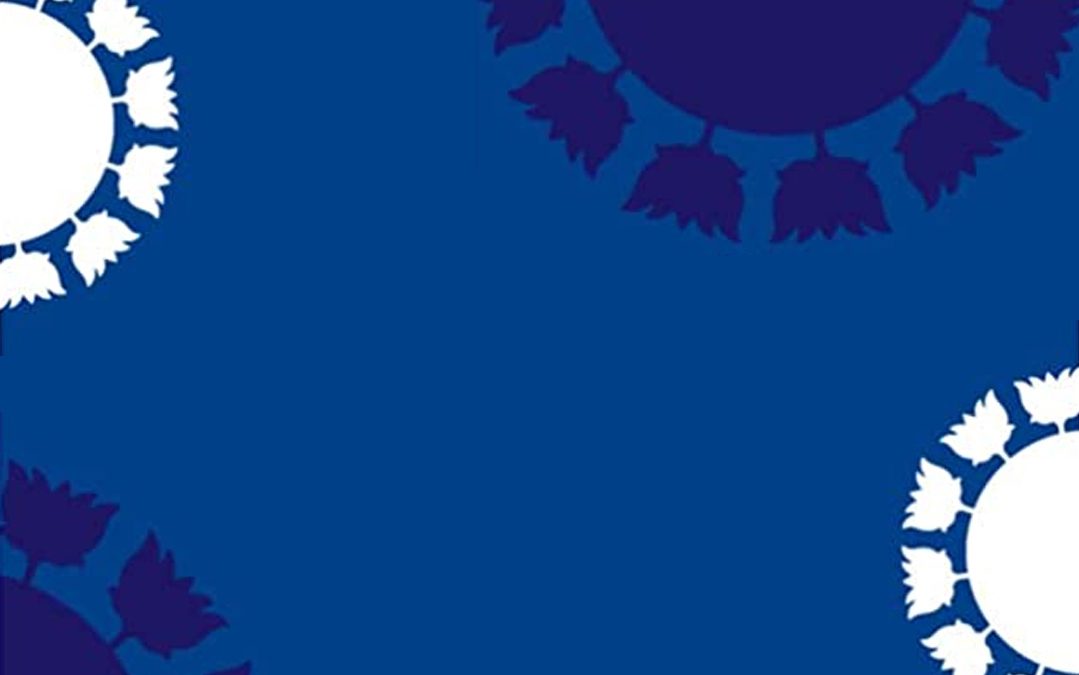 Thomas Blom Hansen, of Stanford University, and Srirupa Roy, of University of Göttingen, edited an anthology of thirteen essays that explores the “New Hindutva.” In this volume, world-leading academics, award-winning journalists, and independent filmmakers raise concerns over the violent ideology that defines contemporary Hindu nationalism. Saffron Republic: Hindu Nationalism and State Power in India (2022), by Cambridge University Press, discusses details of Hindutva repression that rarely make it to the mainstream media. The oppression of Muslims, Christians, Dalits, and Women in India by state apparatus has reached an all-time high. Anyone interested in South Asia, both the region and diaspora, will welcome this timely contribution.

In 1920, Mahatma Gandhi united Hindus and Muslims in India into the non-cooperation movement against British colonisation. K. B. Hedgewar hated this solidarity between Hindus and Muslims. He described Muslims as “yavana-snakes” and considered them an “existential threat” to India (p. 221). Veer Savarkar provided the “foundational ideology of Hindutva”. He rejected the notion of “inclusive territorial nationalism” and instead championed the exclusion of non-Hindus from being full Indian citizens. He argued that Indians who were Christian and Muslims were “incomplete” citizens. His logic was simple:  both Christians and Muslims do not regard India as their “punybhoomi (holy land)”. Because a Christian identifies Jerusalem as the Holy Land, he cannot be properly Indian (p. 221-2). M. S. Golwalkar expanded on this. According to Golwalkar, any Christian or Muslim who does not convert to Hinduism and does not engage in “glorification of the Hindu race” will have zero rights in India. In his own words: “not even citizen’s rights”. He further bolstered this by praising Hitler’s holocaust of the Jews, and advised India to do the same to non-Hindus (p. 222).

K. B. Hedgewar founded the Rashtriya Swayamsevak Sang (RSS) as a right-wing militant nationalist group that champions Hindutva. The RSS promotes violence. It helped Narendra Modi become the chief minister of Gujarat (pp. 61-62). Once in power, Modi was complicit in the ‘Gujarat pogrom’ of 2002. Hindu nationalist organisations mobilised Hindu youths (p. 287). They burned to the ground hundreds of Muslim graves and mosques; gangs carried swords in the street attacking any Muslim man they found, raping any Muslim women they met (p. 284). Parvis Ghassem-Fachandi spoke to many Gujaratis. They found “enjoyment” in the massacre of Muslims (p. 286). Speaking to the city’s residents in 2002, Ghassem-Fachandi found they saw a clear involvement of Modi in the pogrom. Indeed, they acknowledged this with a “sense of pride” (p. 290). During the pogrom, graffiti on the city walls declared: “It is an open secret, the Modi government is with us” (p. 289). Numerous national and international fact-finding commissions concluded that Modi’s regime enabled the Gujarat pogrom (p. 224). Instead of holding a public mourning for the dead, Modi took the opportunity to campaign for elections, using the timing to ensure his political success (p. 298). On 16th May 2014, Modi became the the fifteenth Prime Minister of India, coming into power as part of the Bharatiya Janata Party (BJP). Not forgetting his friends, Modi appointed many RSS personages to positions in his government cabinet. In the words of Amrita Basu: “The growing popularity of the RSS signals the normalization of an ideology that promotes violence, while the BJP’s connections to the RSS demonstrate growing state support for this ideology” (p. 62).

“New Hindutva” is an analytical concept to differentiate between Hindutva before Modi became prime minister, and Hindutva after he did. Hansen and Roy define the “New Hindutva” as the ideology that guides the BJP since it became the elected government in 2014 (p. 1). All across contemporary India, a “new regime of constituent violence” is being  implemented (p. 17). Both Hansen and Roy use the term “governmental Hindutva”. Neha Dixit explains it as the institutionalisation of previous ‘fringe’ elements of Hindu nationalism (p. 110). Ritajyoti Bandyopadhyay connects “societal Hindutva” with “electoral Hindutva” (p. 151); he finds a continuity between them. Societal Hindutva always had latent tendencies. With the success of electoral Hindutva, these latent tendencies were able to emerge (p. 153). Mona Bhan also notes the continuity of Hinduvta ideology before and after Modi came to power (p. 279).

Ashwin Subramanian provides a detailed timeline of New Hindutva, spanning from September 2013 till October 2020. Few vignettes will be mentioned here. Right-wing Hindus burnt down St. Sebastian’s Church in Delhi (p. 27); a 71 year old nun was gang raped by Hindu nationalists in West Bengal (p. 28); a church in Madhya Pradesh was defaced by Hindu nationalists (ibid.); World Watch Monitor reported 410 incidents of Christians being attacked in India, in the first six months of 2017, mostly by Hindu nationalists (p. 37); the chapel of St. Stephen’s College in Delhi was defaced, with a Hindu swastika and the words “I am going to Hell” drawn on the Cross (p. 41); an 83 year old priest is arrested on terrorism charges and dies in the Holy Family Hospital in Mumbai (p. 57); Dalits were attacked by 40 upper-caste Hindus; some Dalits were stripped naked and beaten with iron rods while being filmed; police took no action (p. 33); dominant-caste Hindus burned 55 Dalit houses, while the police failed to stop the carnage (p. 36); a 19 year old Dalit woman was gang-raped and tortured by upper-caste Hindus; she died from her injuries (p. 55); an 8 year old Muslim girl was raped and brutally killed by police officers: Modi doesn’t condemn the rape even after public outcry (p. 39); from 2015-2018, 44 people  were killed by “cow vigilantes”. Human Rights Watch finds evidence of the police working with cow vigilantes in the murder of Muslims (p. 30); police sexually assaulted 45 Muslims who were doing a peaceful protest (p. 49).

To give a flavour of the New Hindutva, two examples of ‘Jihad’ hysteria can be given. In 2020, the entire world faced the Covid-19 pandemic. Every country struggled to fend off the surge in infections. While conspiracy theories did flourish, they usually revolved around the origins of Covid-19 or safety of vaccines. In India, a very different conspiracy theory was dominant. According to Siddharth Varadarajan, social media in India was viral with #CoronaJihad, where Muslims were accused of waging Jihad against India by spreading Covid-19 to Hindus. This led to boycotts, where hospitals refused to treat Muslim patients, seeing them as the main vehicle for Covid-19. Instead of deploring this conspiracy theory, Modi publicly blamed Muslims for India’s Covid-19 situation (p. 68). Even the Bombay High Court ruled that the Tablighi Jama’at was being made into “scapegoats” to blame for Covid-19, and that both the media and government acted maliciously in order to send a warning to Indian Muslims (p. 54). All the while, the BJP and Modi held mass Hindu religious festivals, ignoring the public health risks, just so they can garner electoral support from Hindu nationalists (p. 19).

Another conspiracy theory is ‘Love Jihad’. This “Hindutva campaign” claims that Indian Muslims are using their sexual prowess to wage a Holy War against Hinduism, by seducing Hindu women with the temptation of experiencing Muslim coitus, as a path to obliterating Hindu temples, etc. BJP elected officials have supported this ‘Love Jihad’ narrative, and found it useful for whipping up crowds for electoral success (p. 65). In fact, Yogi Adityanath, the chief minister for the BJP, made it government policy to counter ‘Love Jihad” by means of (and I quote directly) “ ‘anti-Romeo’ vigilante squads” (p. 110). It’s one thing to claim that Iraq has Weapons of Mass Destruction, but a totally different level of bizarre to claim that every Indian Muslim man carries a WMD in between his legs. It would be hilarious if it were not so tragic. In 7th September 2013, after a year long campaign by BJP leaders accusing Muslims of ‘Love Jihad,’ riots broke out in Muzaffarnagar, leading 62 deaths, the displacement of thousands of Muslims into refugee camps, public rape of Muslim women; the aftermath of the riots helped Modi secure the Hindu vote and propelled him to the state of Prime Minister in 2014 (p. 25-6).

Saffron Republic contains numerous details that readers would not have come across in the mainstream media. RSS engage in child trafficking for the sake of Hindutva indoctrination (p. 108); the Home Ministry of the BJP revoked the license of 10,000 NGOs in the bid to stifle any criticism (p. 63); Susheel Manav, a reporter for a Hindi news portal, was beaten by a mob, and almost shot to death. The only way he survived was by proving to the mob he wasn’t a Muslim but a Hindu. How could he do this? He was stripped naked and the mob saw his uncircumcised penis. They were satisfied upon seeing it, and let him live (p. 267); every riot in India since the 1960s till today specifically targeted the Muslim minority (p. 14); in 2019 the United Nations sent a notice to India informing that police shootouts, which targeted Muslims, were found to have been “pre-planned killings and not chance encounters” (p. 111). Indresh Kumar told Muslims that they can only enter Paradise (“Jannat”) and escape Hell (“Jahannam”) if they vote for the BJP (p. 234). Readers interested for more details can peruse the book; Soma Basu’s study of 140 pro-BJP WhatsApp groups found that 25% of their messages were anti-Muslim (p. 62).

The trajectory of the contemporary world is towards ever greater enmeshment. Technologies and economies are bringing the furthest parts of the globe nearer to our lives. Before, a person could justify his lack of interest in exotica. Nowadays, less so. The matter is not about interest or lack of interest; it is not even about engagement or lack of engagement. Inevitably, what happens there will have an effect here, wherever there and here are. The principle decision is whether we choose to be informed or uninformed. Because before long, whether we like it or not, issues pertaining to the New Hindutva will appear in the mainstream media and on social media. At that moment, being informed could help preserve critical distance, whereas being uninformed could lead to gullibility. On that score, reading Saffron Republic was well worth it.

For those involved in da’wah, the anthology has three benefits. Firstly, most of the non-Hindus in Western countries who show sympathy towards the Hindutva do so, because they are unaware of what the Hindutva really is. The anthology fills in this gap in knowledge. This is especially useful if false emotional barriers against the truth of Islam have been erected by people who have adopted the Hindutva propaganda about the religion and its adherents. Even harsh critics of Islam and Muslims will shudder before endorsing public lynchings for the sake of god-Ram. Secondly, the anthology dispels a common misconception. It is usually held that criticisms of Hindutva stem from religious reasons. The anthology includes a stellar line-up of non-Muslim academics and intellectuals, all of whom are troubled by the New Hindutva. You can be a non-Muslim and still find the New Hindutva horrifying. Thirdly, facts pertaining to Hindutva violence are usually dismissed by evoking ‘exaggerations’ or ‘fake news’ or ‘sensationalism’. After all, it is hard to believe that thousands of Indian Muslims were made into refugees simply because Hindu nationalists internalised false narratives about Muslims. Yet, it happened, in 2013. And it brought Modi to power. The anthology cannot be flippantly ignored on charges of hyperbole. It is serious and careful scholarship, something far superior than to anonymous social media posts. This anthology is particularly valuable for Muslims working on inter-communal relations.