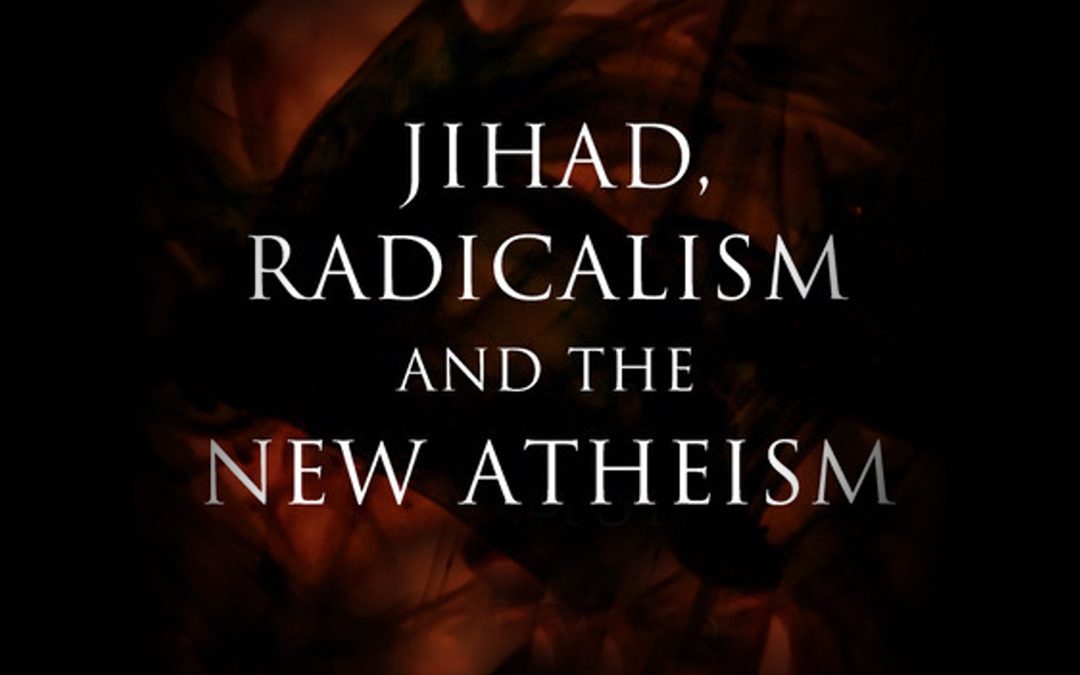 A book review of Mohammad Hassan Khalil's book, "Jihad, Radicalism, and New Atheism" published by Cambridge University Press. This review provides various insights for those interested in sharing Islam, specifically in the context of addressing misconceptions regarding Jihad.

Jihad is the most frequently mentioned topic in contemporary discussions on Islam. Where it is not explicitly mentioned, Jihad is still implicit in the framing of the discussions. Due to the primary significance of this topic, people may be interested in getting a good grasp of the matter. Jihad, Radicalism, and New Atheism (2018) by Mohammad Hassan Khalil answers this interest.

Khalil’s book is a short and quick read. Part I discusses, in two chapters, how the Qur’an, Sunnah, and Shariah (Islamic law) portray Jihad. Part II investigates, in three chapters, how Osama b. Ladin, the 9/11 atrocity, and ISIS relate to Jihad. Part III analyses, in three chapters, how New Atheism portrays Jihad. Khalil uses copious direct quotations and minimises his own commentary; so, readers can easily get familiar with the textual sources central to the topic. Readers are allowed to reach their own conclusions by comparing various texts together.

After 9/11, the most quoted Quranic verse in the media was: “Kill them wherever you find them”. Many media outlets claim that this verse shows the inherent violence of Islam against non-Muslims.

In Western Islamic studies, Qur’an (9:5) is called the “sword verse”. Khalil gives several reasons why the “sword verse” cannot mean an all-out war of Muslims vs. non-Muslims. Although chapter 9 of the Quran contains the “sword verse,” it also contains other verses critically qualifying the commandment (p. 14-15). Professor Abdul Haleem’s contribution to this discussion is useful here. He explains that attempting to show the so-called inherent violence of Islam is a misrepresentation of the Qur’an:

“This far-fetched interpretation isolates and decontextualizes a small part of a sentence and of a passage which gives many reasons for the order to fight such polytheists: they continually broke their agreements and aided others against the Muslims, they started hostilities against the Muslims, barred others from becoming Muslims, expelled them from the Holy Mosque and even from their own homes. At least eight times the passage mentions the misdeeds of these people against the Muslims.

Moreover, consistent with the restriction of war elsewhere in the Qur’an, the immediate context of this “sword verse” exempts such polytheists who do not break their agreements and who keep peace with Muslims. It orders that those enemies seeking safe conduct should be protected and delivered to the place of safety they seek.

The whole of this context to verse 9:5, with all its restrictions, is ignored by those who simply isolate one part of a sentence to build on it their theory of violence in Islam.”1

The overwhelming understanding of Muslim scholars that it is prohibited to kill non-Muslims just because they don’t accept Islam (p. 12, f. 14). Al-Nahas, Ibn Al-Jawzi, and Al-Suyuti do not regard the “sword verse” as abrogating other verses (p. 13, f. 18). This view also reflects the Prophetic narrative and history. It is noteworthy to add that classical Islamic scholarship echoes this view, 14th century scholar, Ibn al-Qayyim, writes:

“The Prophet never forced the religion upon anyone, but rather he only fought those who waged war against him and fought him first. As for those who made peace with him or conducted a truce, then he never fought them and he never compelled them to enter his religion, as his Lord the Almighty had commanded him: There is no compulsion in religion, for right guidance is distinct from error (2:256). The negation in the verse carries the meaning of prohibition, namely, you may not force your religion upon anyone.”2

The media’s insistence on this verse is too simplistic. The Qur’an mentions the verse twice in reference to defence not offence. The third time it is mentioned, several considerations show the verse is not absolute, but highly qualified. Overall, the Qur’an portrays Prophet Muhammad ﷺ doing Jihad in a defensive capacity only (p. 15). Once again, Ibn Qayyim’s view can be added here:

“Fighting is only necessary to confront war and not to confront unbelief. For this reason, women and children are not killed, neither are the elderly, the blind, or monks who do not participate in fighting. Rather, we only fight those who wage war against us. This was the way of the Messenger of Allah ﷺ with the people of the earth.”3

The Prophet ﷺ said: “I have been commanded to fight against the people until (they convert to Islam)…” This hadith is found in Nawawi’s Forty Hadith. A popular misconception is that this hadith refers to Jihad against non-Muslims. Actually, the “prevailing view” among Muslim scholars is that the hadith refers specifically to the Pagan Arabs at Muhammad’s ﷺ time who were actively fighting against him, and were hell-bent on the destruction of the Muslim community (p. 27). The hadith does not refer to people in general because that would contradict unambiguous Quranic principles.

In Shariah, there is clear evidence of restraining violence. A Muslim soldier killed a Byzantine leader. Abu Bakr, the first Caliph, censored the soldier for doing that. The soldier replied that he did only what the Byzantines did to Muslims. Rebuking the soldier, Abu Bakr said: “Do you take your guidance from the Persians and Byzantines?” (p. 30). Ahmad Atif Ahmad sees Jihad in Shariah as no different than war theorization that occurs in all medieval and modern societies and civilizations. However, one unique aspect of Shariah in regards to Jihad is its lesser endorsement of violence than other war theorizations (p. 31). This is because many Muslim jurists, especially in the past, were separate and independent from the ruling powers; so, the Muslim jurists did not have the same conquest incentive that the ruling powers had.

By way of numerous translated quotes, Khalil lets Bin Laden speak for himself so the reader can see his mentality. Bin Laden was motivated mainly by his aversion to American foreign policy (p. 40-41). In his interviews, he expressed clearly the notion of a “clash of civilization” between Muslims and non-Muslims. His view, however, can hardly be said to be sympathetic to Muslims, for he labeled any Muslim who doesn’t agree with him as an “apostate” (p. 49-50). Khalil expertly unpacks Bin Ladin’s reliance on religion. To defend the idea of purposefully killing non-combatant non-Muslims, Bin Laden referred to Al-Qurtubi’s commentary on the Quran. If we actually check Al-Qurtubi’s commentary, we find that Al-Qurtubi says the exact opposite of what Bin Laden said. Indeed, Al-Qurtubi explicitly rejects the idea that Bin Laden claims Al-Qurtubi supports (p. 54-55). Terrorists too can distort and misquote religious sources.

In the aftermath of 9/11, the American media showed “selected images” of the Muslim world that reinforced to the American public the idea that Muslims supported the terror attacks (p. 63). Sohaira Siddiqui points out how ISIS frequently disregards literalism in its understanding of the Quran (p. 92). Muslims across the world have an overwhelmingly negative view of ISIS (ibid).

New Atheism began with the publication of Sam Harris’s book The End of Faith (p. 97). Harris began writing his book the day after 9/11 occurred (p. 2). Richard Dawkins relies on Harris’s work (p. 156-7). Ayan Hirsi Ali refers to Harris in her own books (p. 146-7). While his book is supposed to be a critique of religion in general, Harris actually focuses more on Islam than on anything else (p. 98).

Khalil carefully analyses The End of Faith and highlights several methodological flaws. For the sake of brevity, only one flaw will be mentioned here. To prove that Islam is inherently violent to non-Muslims, Harris cites sixty Quranic verses. Nowhere does Harris provide the context for the verses he cites (p. 99). In another place, Harris claims these sixty verses exhibit the “central message” of the Quran; yet, Harris again does not provide any context for these verses (p. 99-100, f. 10). To prove terrorism is inherent to Islam, Harris cites two Quranic verses; once more no context is provided (p. 106).  Harris distorts a Quranic verse by removing an important part of the verse and placing an ellipsis instead (p. 106-7). To show the Quran promotes suicide terrorism, Harris quotes a Quranic passage by deleting large chunks of verses in order to portray the Quranic passage in the worst possible manner. He uses ellipses to mask his deletions (p. 107-8).

A similar methodological flaw is found in Ayan Hirsi Ali. The terrorist attack of 9/11 was the “catalyst” for Ayan Hirsi Ali leaving Islam and becoming an ex-Muslim (p. 130, f. 1). In her works, she cites from Yusuf Ali’s translation of the Quran. In his translation, Yusuf Ali carefully mentions in the footnotes the context of the verses. Ayan Hirsi Ali quotes the verses but neglects to refer to any context, even though it was easy for her to do so (p. 141-2). She quotes the first half of a verse but chooses not to include the second half of the same verse, because it contradicts what she is saying (p. 141, f. 44). She quotes the “key verses” of Jihad but does not provide any context for them (p. 142-3).

Richard Dawkins admits he never read the Quran and cannot quote verses from it; yet, Dawkins is certain that the Quran is like Mein Kampf in its glorification of genocide (p. 160). Daniel Dennett cites Quran (4:89) as proof Islam commands Muslims to kill non-Muslims (p. 163). But as mentioned before in this review, the very next verse (4:90) states: “So if they withdraw and do not fight you, and offer you peace, then God gives you no way against them.” This means Muslims are prohibited from fighting if peace is proposed.

Khalil concludes with two points. The main figures of New Atheism have no expertise in Islamic studies. This explains the distorted image of Islam and Jihad in New Atheist literature (p. 167). Radical terrorists do not follow a literal interpretation of the Quran. Radical terrorists interpret the Qur’an by rejecting the interpretative modes that the overwhelm of Muslims accept (p. 165).

Readers hoping for an analysis of the foundational issues in New Atheism will be disappointed. While Khalil’s points may be correct overall, they still do not answer the major contentions that New Atheism has towards religion.4 Despite this shortcoming, Khalil’s book is a satisfying read.

For people interested in sharing Islam, Khalil’s book is a valuable resource that provides a calm and careful response to the many misconceptions regarding Jihad that people have today. Khalil’s analysis of the New Atheist literature is particularly helpful; it provides a good framework that can be used for critically evaluating other books written in a similar fashion. Right-wing fundamentalists like Robert Spencer et al. present almost identical arguments as New Atheists, despite Robert Spencer championing Christianity. The non-polemical approach Khalil took can help Muslims convey their standpoint without sounding overly partisan. While Khalil’s book is definitely not the last word on the issue of Jihad, it can be a perfect starting point for anyone interested in conveying the peaceful message of Islam. Before that message can be conveyed, the distortions and caricatures of Islam as a religion of terrorism must be dealt with. And Khalil’s book does this to a good degree. Finally, Muslims who have non-Muslim friends and colleagues may want to purchase Khalil’s book and give it as a free gift to any non-Muslim friend or colleague who seems interested in learning more about Islam. Since this book is academic (published by Cambridge University no less), non-Muslims will be more open to reading it fairly than other books which don’t have a similar academic pedigree to it.

4 Ever since Max Weber (d. 1920), academics were aware that multicausal explanations are needed to understand socio-historic phenomena. New Atheism (circa. 2020) presents a monocausal explanation of the world. It sees one cause (religion) as a sufficient explanation for global violence rather than multiple causes (religion and economics and society and politics and history, etc.).