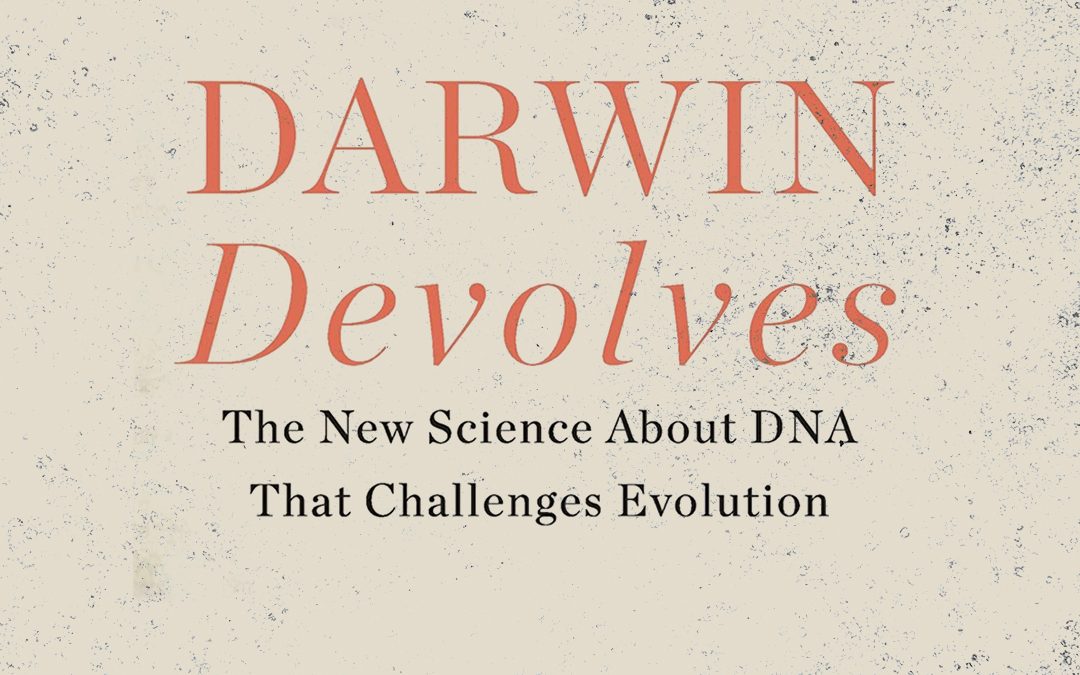 A book review of Michael Behe's book, "Darwin Devolves: The New Science About DNA That Challenges Evolution". This review summarises Behe's key arguments, criticises some of his logical errors and explains how parents, students and those who seek to share Islam can use this book.

What is the next most relevant term in this list: Stalin, Osama bin Laden,…?

What makes Behe so dangerous?

In Darwin’s Black Box (1996), Behe showed that the flagellum and blood-clotting cascade are irreducibly complex. If a single component is removed from them, they will not function properly. Behe argued that such irreducible complexity challenged evolution. Darwin saw evolution as a gradual step-by-step process. Such a process cannot explain how an irreducibly complex molecular machine (such as the flagellum) can function without all its parts already intact.

In The Edge of Evolution (2008), Behe analyses malaria, sickle cell, and HIV. To get immunity against malaria, a mutation in some humans led to sickle cell. While sickle cell helps against malaria, it also cripples the human body. Despite billions of HIV viruses mutating, HIV changed little. Far from creating higher-level complexity, random mutations have a limited effect in both cases.

In Darwin Devolves (2020), Behe summarises the findings of his two previous books, while providing additional information on the challenges facing evolution.

Behe notes a difference between how evolution is shown to the public, and how it is discussed in academia. In public, evolution is presented as “indisputable” (p. 22). From his degree till his post-doctorate, Behe did not hear a single professor criticise Darwin (p. 8). Mainstream media gush at how evolution explains many things despite no scientific studies conducted on these things (p. 23-4).

Among academic Darwinians, a different attitude is found. Jerry Coyne admits that evolution is like phrenology (p. 21). Neutral Theory shows how most random mutations do not bring any evolutionary advantage (p. 94-100). Masatoshi Nei argues that lots of mathematical studies on evolution are useless (p. 102). Eugene Koonin considers Darwin to be wrong on the Tree of Life (p. 104). James Shapiro affirms that empirical evidence shows cells acting purposefully (p. 128-9). Criticisms such as these abound in the academic literature. While such criticisms do not reject evolution, they do acknowledge the theory faces problems.

The textbook example of evolution is Darwin’s Galapagos Finches. Peter and Rosemary Grant provided the most in-depth study of the finches. They concluded that long-term evolution was able to make the finches have smaller or longer beaks. Behe dryly notes that the best example of evolution is of finches staying finches (p. 144-7). Further DNA analysis showed that the changing length of finch beaks is due to a mutation. Scientists classified this mutation as “damaging”. Instead of evolution improving the genes of finches, it damaged them (p. 151-2).

Some adults gained immunity against diabetes by a mutation. The media hailed this mutation as beneficial. In contrast, scientists stated that the mutation “destroyed” a gene in the pancreas cell (p. 192). On a genetic level, there was no upgrade only a downgrade.

The discovery of new cichlid species in Africa was hailed as a formidable example of evolution. There are roughly fifteen hundred cichlid species, all of which came about via evolution. While this is impressive, bear in mind that despite all the evolution, cichlid species were not able to diverge at the level of family. Cichlids remained cichlids (p. 162-3). Behe smoothly illustrates the point. In the cat family, evolution can satisfactorily explain the variations in a lion and a leopard. But when comparing different families, such as dogs and cats, evolution is more problematic (p. 155-6). Cichlids only show variations inside the same family, not variations outside the family.

Behe’s main thesis is that random mutation and natural selection are insufficient to explain many aspects of biological life, especially on a molecular level. These two mechanisms are observed in the real world, but so far, all observations only show minimal or modest results. There is a scarcity of observations showing them producing progressive creativity that leads to higher-level complexity. Behe covers many related topics, such as multiverse theory, complexity theory, self-organisation theory, evo-devo, inclusive inheritance, niche construction, developmental plasticity, natural genetic engineering, game theory, and more. His book acts as a short introduction to the evolution debate with a succinct overview of the different fields involved.

General readers will find pleasantly surprising facts throughout the book. Some bacteria found in water have magnets inside them that help align their bodies to magnetic fields. These bacteria manufacture their own magnets inside of them (p. 51-54). Termites in Africa build huge hills. Scott Turner investigated these termite hills and found they were not simply earth packed upon earth; they were intricate air-conditioning systems that acted as special lungs for the termites (p. 123-25).

Behe’s promotion of Intelligent Design (ID) has raised intellectual concerns. This can be seen from the less salutary aspects of his third book. Many times, Behe slips into emotive explications. He calls scientists who accept the “grand claims” of Darwinism as lunatics and Darwinism a “mental disease” (p. 244-45). Evolution, he claims, can be thoroughly debunked in ten minutes (p. 8). Such glibness cannot not always be taken seriously. He argues as follows: since nutritional science is weak, and since evolutionary science is harder than nutritional science, then we can be confident that evolutionary science is totally weak. He captures this reasoning in his “Principle of Comparative Difficulty” (p. 27-8). He is not aware that such reasoning undermines his case for ID. Using Behe’s “Principle,” one can argue thus: since most of biological life is still unknown to humans, and since non-biological life is more unknown to humans, then we can be confident that non-biological life is totally unknown. This conclusion ‘disproves’ God, just as Behe ‘disproves’ evolution.

The assumption presents a false dichotomy. Behe argues repeatedly that a person has only two options to choose from: either (1) evolution is true, or (2) ID is true. He provides scientific evidence that shows evolution cannot explain certain biological features. He concludes, therefore, that (2) ID is true. This logic is fallacious, because these two choices do not exhaust the possible options available. Here are two extra options:

(3): evolution may be modified in the future to accommodate the biological features that it currently cannot explain.

(4): neither evolution nor ID are true. Some other theory may be found that can explain biological life better than them.

Looking at the entire evolutionary debate, it is clear all sides in the debate agree on one thing: more research into biological life is needed. Based on this consensus, options (3) & (4) become more plausible. Evolution has been modified already; it can be modified in the future. Anyone familiar with the historical development of physics (a field more precise than biology) will recognise that a new biological theory could be formulated in the future that is neither evolution nor ID. Since there are four options not two, Behe’s either/or reasoning fails.

Behe’s book contains good science, however, mainstream scientists will argue that he muddies it with his insistence on ID. Apart from the mystery of biological life, the other mystery that is yet to be solved is why Rosenberg sees Behe as a danger on par with Stalin and Bin Laden (p. 5).

A persistent question many Muslim parents worry over is how they should prepare their children for college and university, especially since the dominating intellectual trend in such places emphasise evolution and a whole host of other challenging ideas. A simple solution would be for Muslim parents to buy Behe’s latest book and give it to their children to read. Behe writes with admirable clarity. He has a deft touch in pointing out the often-hyperbolic claims that evolutionists make. For Muslim university students who want more depth on the issue, they can read all three of Behe’s books mentioned in this review. This will provide them with a comprehensive counter-narrative to the Darwinian group-think they may face. While Behe’s support of ID  is questioned by mainstream scientists, his work will be of value to people engaged in sharing Islam. Often those engaged in this work are unaware of the various elements involved in evolution; so, they readily seek to dismiss the entirety of evolution as spurious. Behe’s work shows this is not necessary. There are many aspects of evolution that are perfectly acceptable to anyone and are not controversial at all. By getting a clear picture of the different parts of evolution, those engaged in sharing Islam can highlight the weakest links in the Darwinian narrative. By honing onto the problematic aspects of these weakest links, those involved in articulating a case for Islam can make a more persuasive case for being sceptical towards the Darwinian catch-all explanation to life.

Behe, M. (2008) The Edge of Evolution: The Search for the Limits of Darwinism. New York: Free Press.